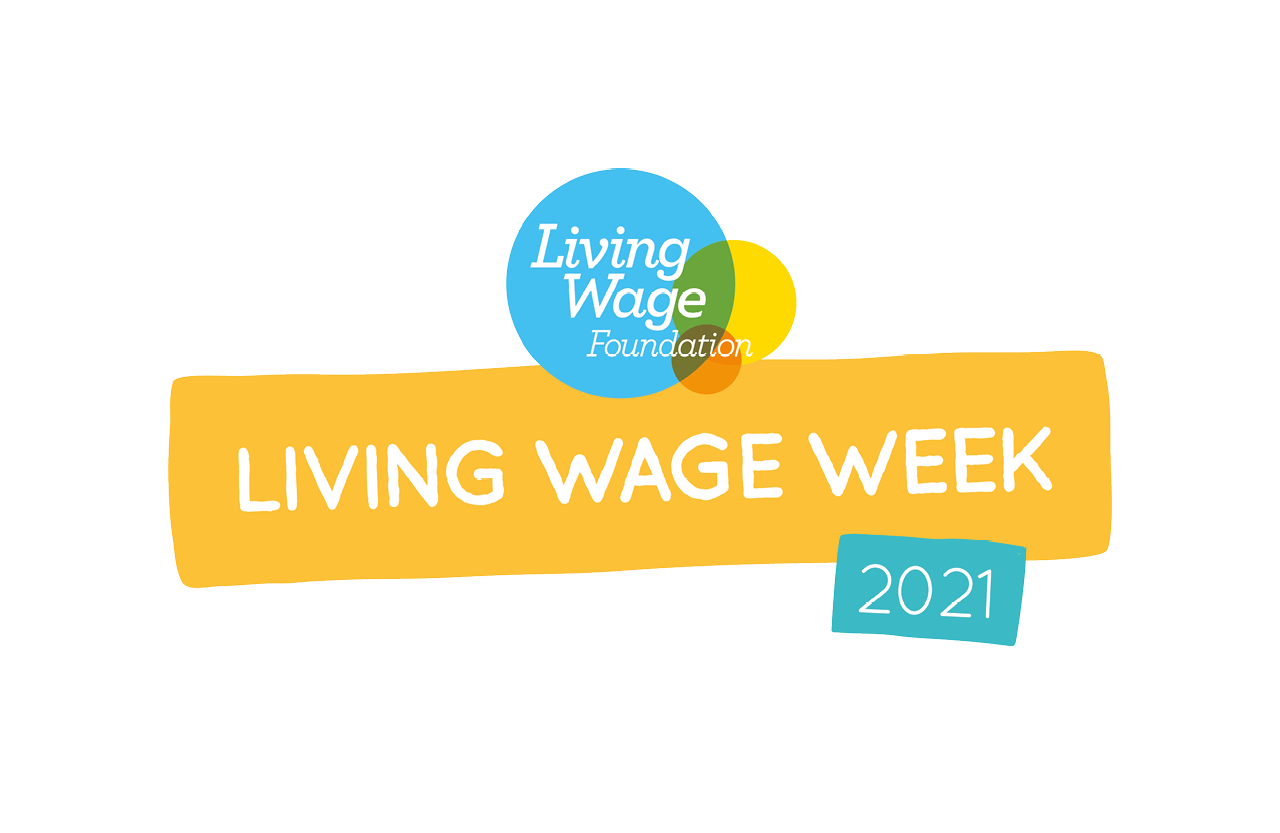 What a week for our movement…

Living Wage Week 2021 has been the biggest yet, and rightly so given its the 20th anniversary of the Living Wage movement in the UK. From all the Living Wage team, we would like to say a huge THANK YOU! DIOLCH!

Thank you for all your support in attending our online events, sharing on social media, the new rate announcements – £9.90 (UK) and £11.05 (London) – and more widely celebrating the movement.

As of this week, the UK total has reached over 9000 accredited Living Wage Employers and put back £1.7bn into the pockets of over 300,000 workers.

In Wales, we’ve reached over 360 accredited employers, resulting in over 13,000 pay increases.

The National Launch of Living Wage Week in Wales

Sarah Hopkins, Director of Cynnal Cymru – the accreditation body for the real Living Wage in Wales gave an update on Welsh accreditations and trends and the overall picture of our movement in Wales

At around 09:00am on the Monday morning of Living Wage Week First Minister of Wales, Rt Hon Mark Drakeford MS announced officially that the NEW Living Wage rate for Wales would be £9.90.

The First Minister stated that he would write again to public bodies in Wales and on Wednesday he put out a video on his Twitter account urging all Welsh employers to consider the steps they can take to become an accredited real Living Wage employer.

Following the accreditation of Dyfed Powys Police Force and Police and Crime Commissioners Office – West Wales were out to celebrate!

The bilingual event was hosted by long-time Living Wage champions Burns Pet Nutrition, with Dyfed Powys Police Crime Commissioner Dafydd Llywelyn as the guest speaker. 25? Living Wage accredited employers from the region attended the event and there was a lively debate and commitment to making Mid and West Wales a Living Wage Region. Following on from the debate, a Mid & West Wales Steering Group is being established with a plan to make Mid & West Wales a ‘Living Wage Region’. As a major employer across the region, Dafydd Llywelyn was asked and agreed to chair the Steering Group:

There have also been commitments to join the steering group from other organisations across the region including Burns Pet Nutrition, West Wales Holiday Cottages, Swansea Music Art Digital, and the newly accredited TeTrimTeas Cyf.

We were also able to announce Cardiff’s progress toward its 2022 goals and how the team have been successful in surpassing them as of November 2021.

As of November 2021, there are 154 accredited employers in Cardiff, with 61, 279 people working at these organisations, resulting in 7929 pay uplifts to real Living Wage

On Wednesday morning, we joined forces with Cardiff Council and Cardiff Business School to host a breakout session at the National Social Value Conference (Wales) 2021

The session covered the benefits of accreditation and how the real Living Wage can be used as a tool for increasing social value, from improving health of workers to providing benefits to business and the local economy.

On the Thursday evening of Living Wage Week – some of the #LivingWageCardiff team were able to take a trip to this iconic building in the capital and see its beautiful façade lit up in the yellow, orange, green and blue of the Living Wage employer logo.

Wales Millennium Centre were the 300th employer to accredit in Wales earlier in 2021 and we were thrilled to welcome them to our network of fair pay employers.

Following the First Minister’s commitment to writing again to Public Bodies in Wales to urge them to ‘at least have a plan in place’ toward Living Wage accreditation; the accreditation team in Wales alongside representatives from Cardiff University and local government in Wales will be running a deep dive and action planning session on the 19th January 2022 2-3.15pm in collaboration with accredited employer WLGA. Any public body wanting to start their accreditation can attend for all of the information needed.

After a successful virtual outing in West Wales the beginnings of a representative steering group are beginning to form for employers in the Mid and West Wales regions. Official invitations have been sent to all employers that fall under these regions, inviting them to register their interest in committing, with a date for an initial meeting to be published shortly for January 2021.