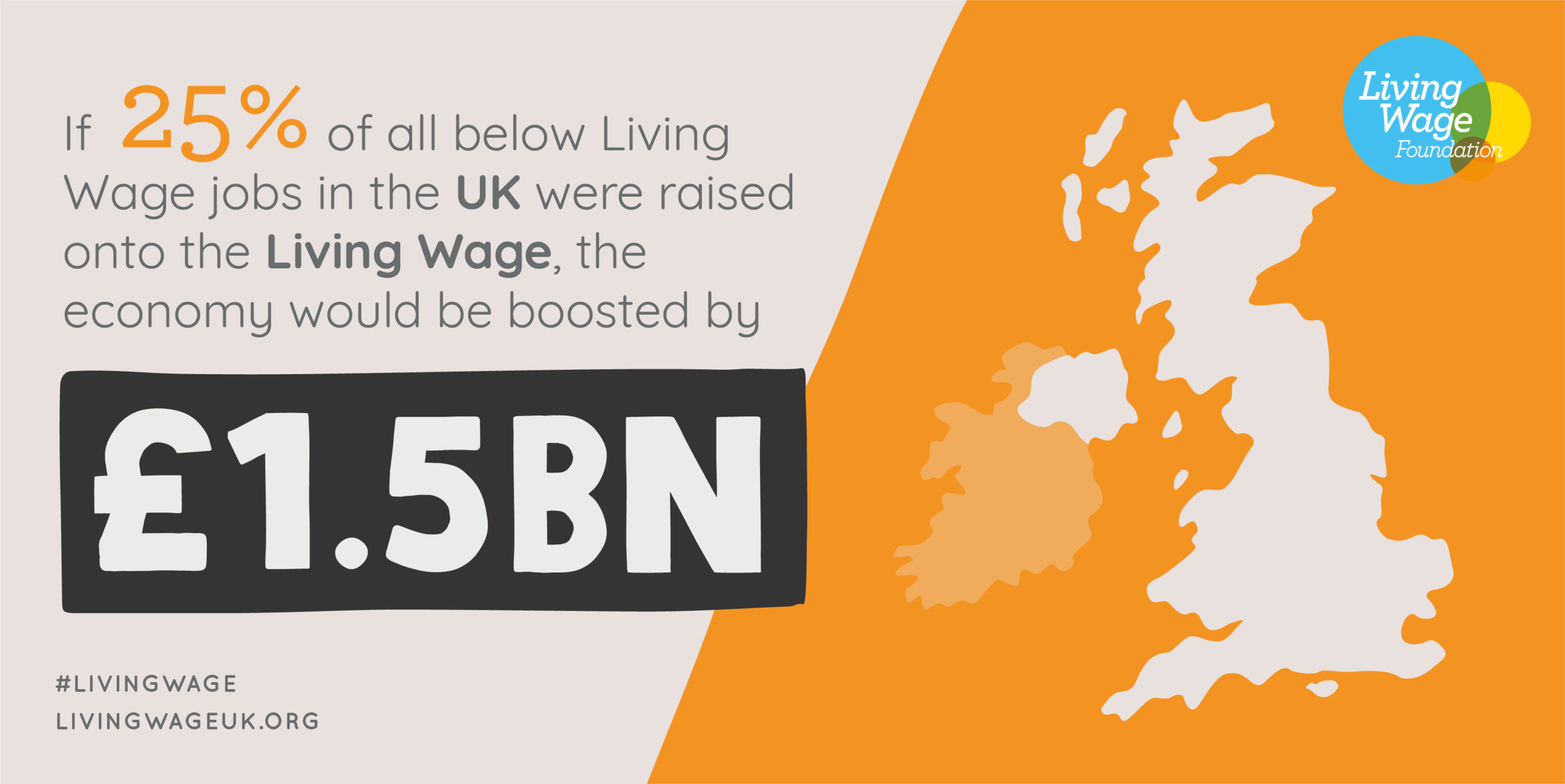 PAYING A REAL LIVING WAGE COULD BOOST UK ECONOMY BY OVER £1.5BN

Wider adoption of the real Living Wage could provide an economic boost to the UK economy worth over £1.5bn, according to new research by the Smith Institute.

Wider adoption of the real Living Wage could provide an economic boost to the UK economy worth over £1.5bn, according to new research by the Smith Institute.

If just a quarter of those on low incomes saw their pay raised to the real Living Wage based on everyday needs, a subsequent increase in wages, productivity and spending could deliver a £1.5bn economic boost to the UK economy, and support a more equitable recovery from Covid, according to a new report published by the Living Wage Foundation and the Smith Institute.

The report also found that an increase in Living Wage jobs could provide significant benefits to local economies, with 11 city regions, including London, Greater Manchester, Liverpool, Cardiff and Glasgow, benefitting from a combined economic boost of almost £700m.

The report found that if a quarter of low paid workers were lifted onto a Living Wage of £10.85 in London, and £9.50 in the rest of the UK, over 1.5 million people would benefit, with uplifted workers securing an average annual pay rise of £520 outside London and £950 within London.

However, despite the continued growth of the Living Wage movement, over 5 million people are still employed in jobs paying less than the real Living Wage.

“All of us have been affected during this crisis, but the real Living Wage offer a clear way to now recover and rebuild with stronger foundations. Workers and families need jobs that meet their everyday needs and allow them to thrive. Businesses need healthy and motivated workers unburdened by the stress of low pay. Cities and towns need local consumers with sufficient wages to stimulate economic growth. The Living Wage provides all of this and more and must now be a priority for all those looking to build dynamic and equitable local and national economies.”

“The Living Wage not only transforms the lives of low paid workers and improves business performance, but also provides a growth dividend for local economies. As we exit the worst of the pandemic, increased Living Wage coverage can boost spending and support a wage-led recovery in our towns and cities.”

We call on mayors and local authorities in Wales looking to recover from the Covid crisis to develop action groups to drive Living Wage take up in their towns, cities and regions, and to integrate the Living Wage into their economic development strategies. Recommending that they:

Read about other regions and download the full report.